What Can Our Younger Generations do to Help Stop

2019 has seen the issue of Climate Change as a topic on everyone’s lips and minds. Youth movements and youth activism is on the rise and Hearts in the Ice applauds all youth that engage in the conversation.  You are the leaders of today.  We need your participation and we need to hear your voices!

Join Hilde and Sunniva at 78° north, a monthly expert, and seven classrooms from around the world in dialogue about themes and issues that concern us all.

Using a MetOcean  /  MCD-Mission Link with Iridium’s Certus Satellite system, Hilde and Sunniva aim to broaden the climate change conversation to help us all understand the stories behind the changes. Classrooms can “grab a seat”, engage and learn from each other.

What to expect:
Hearts in the Ice will invite an expert on each monthly themed call so that classrooms can engage and share what is relevant based on where they live – geographically.

For example – the theme for September is “Plastic”. We would ask all classrooms on the call to share what they are most concerned about as it relates to plastic, what they are doing about it etc.

If you use an iPad or tablet, head to your app store and download the Zoom app.

Three ways your classroom can join the adventure:

1) Tune in live! Any number of classrooms can watch the events live on YouTube and even send in some questions using the chat side bar. All Live events can be found on the EBTSOYP YouTube Channel

2) Grab a camera spot so your class can appear on screen and interact with Hilde/Sunniva and our monthly expert. We generally have 5-7 classrooms joining in this way each event. Simply click on this link and you will be taken to the list of calls scheduled.

Fill it out and submit. We’ll contact you within 24 hours to confirm your spot.

3) Every hangout is recorded directly to YouTube, there is a growing library of past speakers.

What kind of science projects will Hilde and Sunniva contribute to?

They will collect plastic, observe sea ice changes and wildlife; including Polar Bear, fox and birds that inhabit the area with the Norwegian Polar Institute. They will collect data, ocean temperature, salt water samples and phytoplankton through Scripps Institution of Oceanography to better understand the impact of fresh water in the Gulf Stream. They will observe two unique cloud formations that appear in the High Artic through NASA’s Cloud Observer program and collect Aurora images for NASA’s Aurorasaurus program. They will also inspect dead fulmars and other birds in the area, collect the plastic from their stomach lining and send for further analysis to better understand the origins of the massive impact of plastics in our oceans.

Read more about Hearts in the Ice here

Monthly themes for the calls:

(Please note that there is no designated age for the calls. All classrooms are welcome to join. CET is Central Europe time and these calls will be hosted in Norwegian . The calls hosted in Norwegian are suggested for the ages between 10-14. However, if your school is interested in joining we do not want your classroom to miss out so please contact us through the link.)

All educators can access the link here to grab one of the hosted seats scheduled above.

in a Video Chat 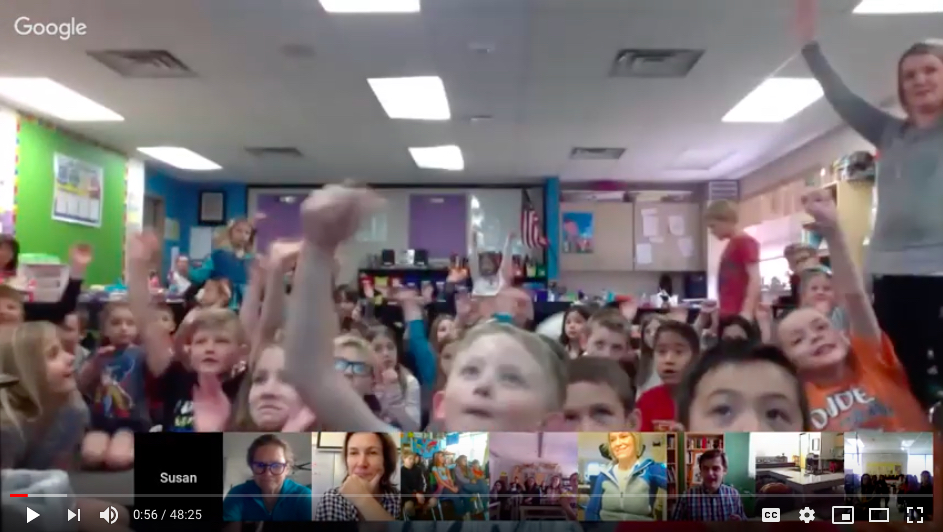 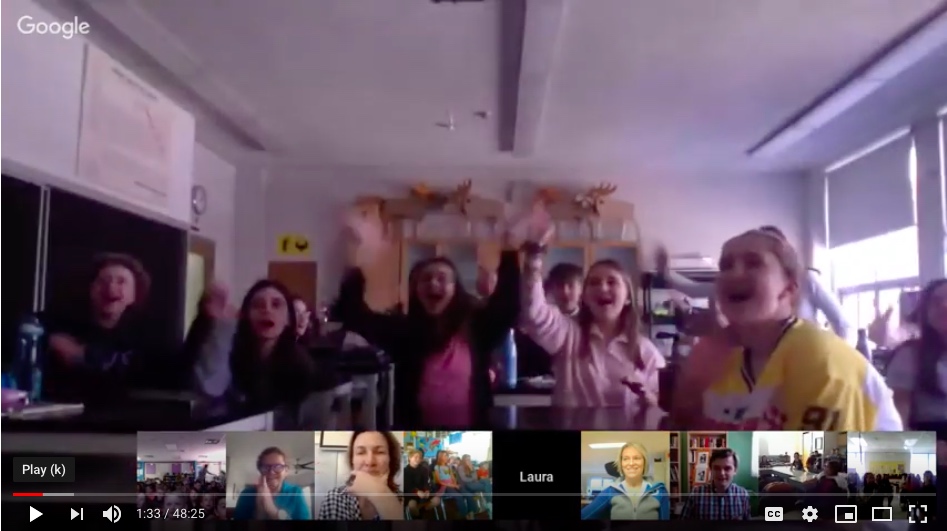 Here are a few ways for you to engage and make a difference in the Climate Conversation.

Dive into our Resources Pages For relevant information on topics like: Our Oceans / The Environment / Science & Research.

Become an active Citizen Scientist yourself, by learning the protocol for collecting data and where to share it- one example- NASA globe observer – Also i-Naturalist.

Engage and share with Team Bamsebu, Hilde and Sunniva. Sign up your classroom to “grab a seat”, (7 seats / classrooms per call), for one of our monthly hosted video chats.  Hosted by Exploring by the Seat of your Pants from September 2019 – April 2020.  Sign up here.

Connect with the Hearts in the Ice project and their 9 month remote over-wintering expedition via Blog Postings-these will be updated weekly – click here for updates.

Like and stay in touch with us on Social media

Tell us your story,  so that we can share it with others.  Stories connect us!

will forever be our collective truth

“All things share the same breath – the beast, the tree, the man… the air shares its spirit with all the life it supports. Take only memories, leave nothing but footprints. Man does not weave this web of life. He is merely a strand of it. Whatever he does to the web, he does to himself.”