For the Love of Science! 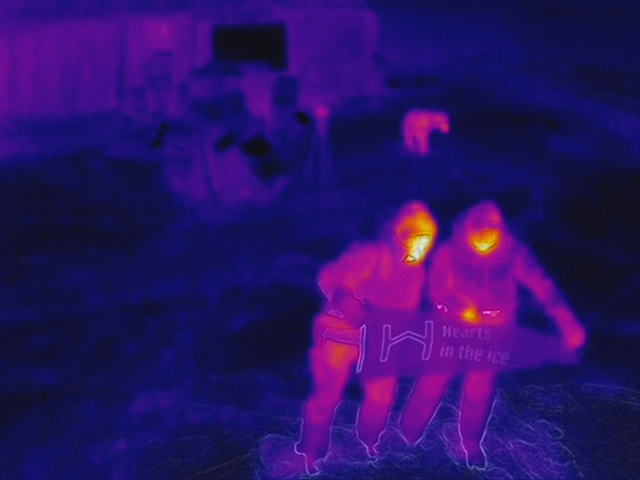 What in the world is Citizen Science and why do we do it?

In its richest form “Citizen Science” has the power to transform science and society. We live in a time where technology and information are abundant so it only makes sense to share information and collaborate on research that can help us all better understand the impact our changing climate is having on our wildlife, micro-organisms, ice, weather and people. Right? Simply put Citizen Science is public engagement in scientific research and decision making and it basically represents a radically new way forward!

While we are the nucleus of “Hearts in the Ice”, we have a network of science partners and sponsors that are as diverse as a snowflake – yet all aligned and connected in some way to what we are doing here at Bamsebu for science, innovation and technology.

As most of you know we love the Arctic and the Antarctic and all places in between.

We both work for Polar operators that have been engaging their guests in Citizen Science data collection for years – Sunniva with PolarLatitudes and Hilde with Hurtigruten. This type of Citizen science has made it possible for people like you and us to collect data and observations that have real scientific value. Data collected has shaped policy, breakthroughs in research and local decisions. Our planet and resources benefit from all of us being curious and engaged!
Very cool and very powerful !

So here we are at our 20 sq mtr trappers cabin “Bamsebu” with the unique and formidable ability to collect, record, observe and document for 7 different research entities. Each project comes with specific protocol. On a practical level each one requires time, lots of layers to get outside and need we say, commitment. The best part is we are loving the work and find it wildly interesting!

We want to introduce you to the projects and our science partners but first a quick summary.

We are collecting salt water, sea temps and phytoplankton for Scripps Institute of Oceanography, observing the phenomenal Aurora and Cloud types for Nasa, flying timed flight plans using thermal imagery for BCIT, insect sampling, sea ice biological sampling, polar bear and wildlife observation for UNIS, and icecore sampling and sea ice thickness for Norsk Polarinstitutt and we will collect plastic and inspect the stomach lining of dead fulmars, also for the Norsk Polarinstitutt.

So why do we do this and what will the impact of what we collect bring us?
We do this because we can and because we care!! We are in a place – the Arctic, where climate change is accelerated. If we can find a new species underwater and add even a drop of understanding to whether or not phytoplankton thrive in the polar night and add to our understanding around patterns of polar bear visits and responses when there are polar bear conflicts – we all benefit.
The data assimilation takes time so stay in touch with us so that we can share findings when we get them! And, please find a citizen science project to get involved with!

Without further ado – here are the names behind our projects and the science we are adding to:

1. NASA – GLOBE Clouds-Arctic Cloud Observations
Marile Colon-Robles has been our key contact here.
For Bamsebu, researchers are interested in cloud observations with a focus on what happens beneath the thick layers. The Arctic is known for fog type clouds and satellites cannot clearly see what happens below them.
They are also interested in reports distinguishing between fog and haze. Fog is a cloud that occurs in the ground, Haze is caused by aerosols or pollution in the air and makes the skies look not so clear. The third is to detect very thin high clouds, like noctilucent clouds and necras. Changes observed with these clouds are possibly related to human effects on the atmosphere.

2. NASA – AURORASAURUS-platform for viewing and recording the Aurora
Dr.Elizabeth Macdonald is our key contact.
There are different types of aurora at different times of day and this is one science project that will have us happily missing sleep. Positioned at nearly 78deg North latitude, Bamsebu offers a unique vantage point of the Aurora which is visible in the southern (rather than northern) portion of the sky. Combined with the extended observation period (nine months), we have the potential to contribute substantially to the understanding, structure and environmental conditions under which Aurora Borealis occurs. Specific science questions of interest:

3. Scripps Institution of Oceanography
Our key contact here is Alison Cusick. Phytoplankton are microscopic algae that drift in the oceans. They use sunlight, nutrients and carbon from the ocean to produce biomass in a process we know as photosynthesis. They are primary producers and basically the equivalent of plants on land. They play a critical role in drawing carbon dioxide out of the atmosphere and contribute to over half of the Earth’s oxygen. This is more than plants and trees combined.
Freshwater from melting glaciers has a negative impact on phytoplankton reproduction.Here we will use a Secchi disk underwater, pull a phytoplankton net and do a time series- weekly. Until recently researchers thought that phytoplankton were dead/resting during the polar night but research done from 2011-15 find that not to be true.

4. BCIT- British Columbia Institute of Technology – Visible and Thermal Drone Data
Our Key contact here is Dr Eric.Saczuk. Drone data will be captured to create a map of the coastal area where the ocean water sampling for Scripps is taking place. The drone captures both color and thermal imagery which will be analyzed for any correlation with data provided using the Secchi disks. The drone flights will also be timed (weather permitting) with the overflight of the joint NASA and CNES CALIPSO satellite for the purpose of mapping distribution of phytoplankton in a near-shore marine environment.
This type of study could produce important baseline data allowing future projects to leverage the far greater area that can be captured with a drone compared with ground sampling to accurately classify satellite imagery regarding phytoplankton concentrations.

6. Norwegian Polar Institute – sea ice
Our Key contact is Kim Holmen International Director. Daily observations of sea ice distribution in the bay combined with weekly snow depth and ice thickness measurements. Observations of the formation of icing layers on snow (e.g. rain during winter) The VanKeulen fjord area has been investigated for effects of ongoing climate change by a number of projects that usually have been of short duration and mainly in summer seasons. Bamsebu will allow for year round observations that can strengthen and enhance the ability to utilize remote sensing data to evaluate that climatic state in the region. The simultaneous observation of physical and biological parameters will provide new data between climate and ecosystems in the region.”The vanMijen and vanKeulen fjords are unique in the West coast of Spitsbergen as the only ones that still experience sea ice formation. Year round observations on the ground from these fjords are almost exclusively from van Mijen – ” Hearts in the Ice” will thus provide some new and unique information” shares Kim Holmen.

7. Norwegian Polar Institute – fulmar observations
Our Key contact is Geir Wing Gabrielsen.
Fulmars are pelagic seabirds that belong to the large group of the tubenoses of which the albatrosses are the best known representatives. These birds forage exclusively at sea and never on land and even rarely close to shore. The fulmar is a poor diver, and thus feeds off what is available. Like most tubenosed seabirds, fulmars regularly ingest a variety of marine debris, probably mostly taken directly, either intentionally because resembling prey, or non-intentionally when mixed with attractive food wastes. But indirect ingestion e.g. through fish or scavenging on guts of other dead animals, also occurs. “Hearts in the Ice will open the stomach sacs of the dead fulmars to better understand the origin of plastics and quantity” says Geir Wing Gabrielsen.

Science, and love, from Bamsebu