No days are alike 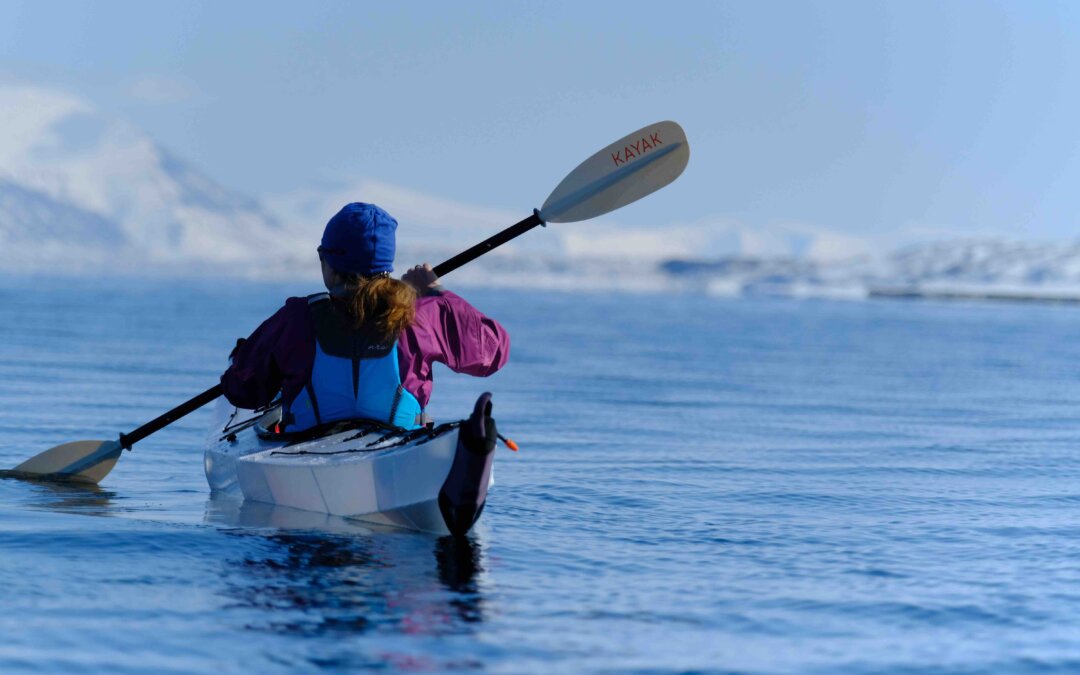 – What is a typical day at Bamsebu? We often get asked that.

There are things we do every single day like getting a fire going to heat the hut and crawling under the bed to grab our food crates to see what we can cook up for dinner, but no two days are alike. As we prepare to leave this slice of paradise and this life of simple, we have had 7-days unlike any other during our 72-week stay.

We were so over the moon grateful to spend an hour with Dr. Jane Goodall as our final guest on the theme of Biodiversity. Thousands tuned in and if you missed it you can watch it here. Enjoy! @Marlink made it possible for us to be live via video for the first time ever! The stars aligned indeed.

A few days were all about filming for CBS “60 minutes”.  How we live, how we cook, train, eat, sleep what our citizen science projects entail- like ice core sampling & counting wildlife, what it’s like to see our world through the eyes of a go pro via snowmobile. They plan to interview us this summer and the special should come out later this year. 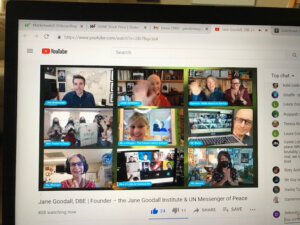 There she is – In her kingdom of Ice!

“There she is…” we whisper. Our N26131 with her 2 cubs. We call her Violet. There on the distant ice, gorging on her second seal in a week. She is a good hunter and an excellent mother. They run, fall down, get back up, wrestle, jump on her back, hang off her neck, tug at seal meat and are just like the kids that they are- playful and curious. She devours the seal, shares the bounty with her cubs, shakes off the water after a dip, rolls and rubs her fur on the snow.

They mimic her every single move. What a sight to behold. It’s like we are watching a day in the life of a momma polar bear. After about an hour of feeding, they are all tired. She flops down and they crawl into her. She then sits up, facing us. She is nursing. Her eyes are closed. They never saw us and we never disturbed them as they lived out their day near the glacier in the Arctic. 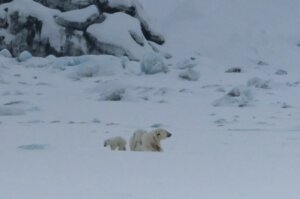 No wind, blue skies, sunshine and a week like no other.

We have become so keen at observing, watching, being. Sitting in perfect stillness with polar bears, changing weather, the wind, swells eroding the wall of ice that divides us from the open fjord, light on the peaks, the bright shine of snow in sunlight, clouds of all types, arctic fox tracks, geese & snow-bunting tracks, ptarmigan tracks, reindeer tracks and polar bear tracks.

We now watch how quickly the ice melts to reveal the tundra with hints of summer on the way.

With unbelievably calm days we have been able to haul our @ORU kayaks over the icewall for a paddle and a CTD measurement, fly the drone for @BCIT, take several cloud observations timed with satellite flyovers, go for walks, pack up outside, go on a ski trip, have a grill party outside  for 3, celebrate the 17th of May with a small group of passing Svalbard residents on their snowmobiles, film our thank you’s to partners outside, and brainstorm a plan for Bamsebu #2, our next Expedition in Arctic Canada.

We both remarked that it feels like the ultimate send off with such powerful events all in the span of a week. After such tender hours watching Violet and her cubs in the neighboring fjord they marched right past Bamsebu at midnight on Monday. The cubs right on her heels- with a mission to get to the next destination. 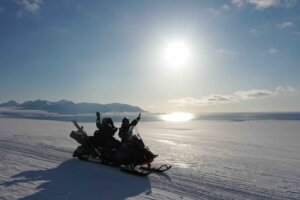 Just when we thought we had seen everything, there HE was.

We knew the male Polar Bear might be close by. Would we see him here before we leave? The answer came at 5:00 am on Wednesday as Ettra let out her “there is a Polar Bear!!!!!“ bark. It’s unmistakable.

There he was. A large male Polar Bear who managed to get into a barrel and some of Ettra’s food. With a flare gun we scared him off the front door. All 400 plus kilos of him.

Our days are numbered as we prepare to get picked up  and taken to Longyearbyen around May 26th.  We watch how quickly the time goes and not one second seems wasted. Ordinary miracles’ are everywhere.

We are not sure how to prepare to leave this wild and wonderful place. What a transformative, immersive time we have had. Ettra has a lot to bark about. The last blog post is from her- so stay tuned! 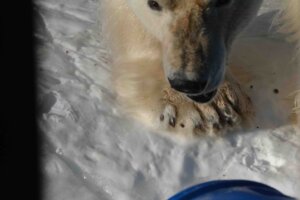 We invite you all to join together in efforts to inspire active participation around the impacts of climate change with a unique PolarBear bracelet. With each purchase of a Polar Bear bracelet you join Hearts in the Ice in their continued efforts to educate and share relevant ways for all to play an active role in protecting all living things. Partial proceeds go directly to @Polar Bears International.