Tribute to the curiosity of the early pioneers! 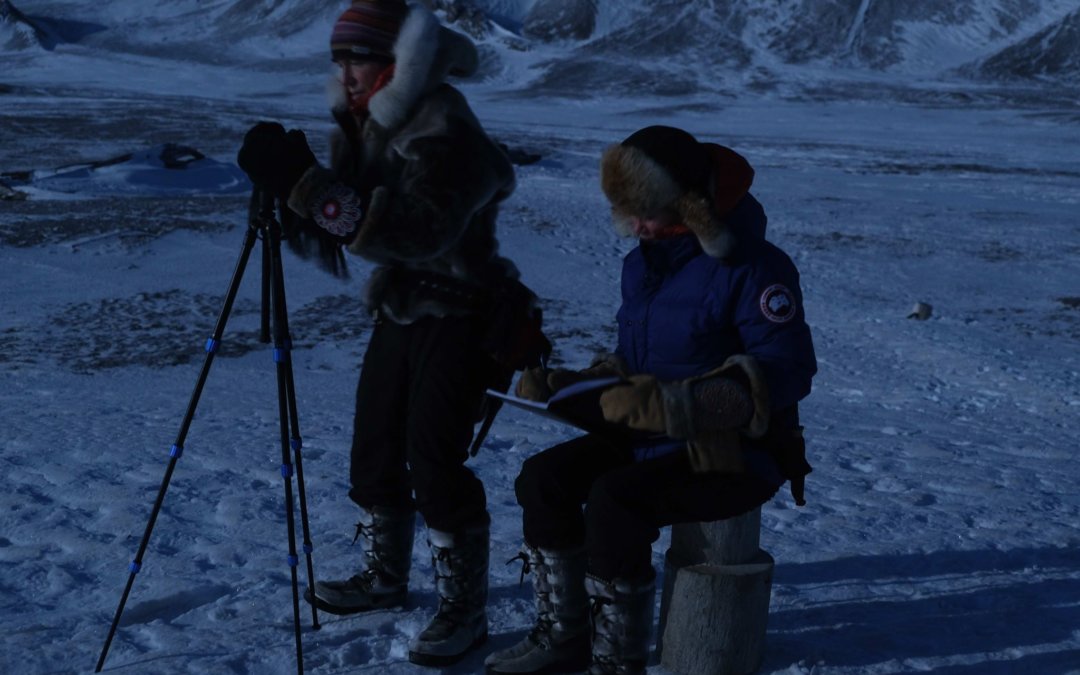 In the north are quivering arches of faint aurora, trembling now like awakening longings, but presently, as if at the touch of a magic wand, to storm as streams of light through the dark blue of heaven-never at peace, restless as the very soul of man – Fridtjof Nansen

You can get a measure of a place by the feeling it stirs in you when you first arrive there…the air, the land, the sky can speak to you in so many ways. And so it is for us during our 9 month stay here at Bamsebu, 3 of these months in total darkness.

The northern lights have been featured in art, poetry, mythology, literature and invoke a spiritual effect. These delicate lights had a great effect on even the heartiest of men and a profound effect on us hearty women!

The Norwegian Fridtjof Nansen seemed to be captivated by the northern lights every time he experienced them ”These wonderful night effects are ever new, and never fail to captivate the soul” which he wrote in 1894 on his first winter expedition on the “Fram” (Fram means – forward).

The ship was built to handle being frozen into the ice – it was extremely strong and was built with a rounded hull. The engineering was the first of its kind and created a new standard for ice resistant ships. “Fram” was also used by Roald Amundsen and his team on the historic expedition that reached the South Pole on Dec 14, 1911! We will celebrate Amundsen on this day!

Nansen was a scientist before he was an explorer and all of his expeditions had a strong scientific objective. The 1893 – 1896 expedition is considered one of the most significant in history. He proved that the Polar waters were not shallow with a lot of islands as many people thought. The ocean – “Polhavet”- was almost 4000 meters deep and the current went across all oceans. He also proved that all oceans were connected with an east west current. His scientific work back in 1890’s was the start of modern climate research and oceanographic observations.
Much of what we are gathering here at Bamsebu builds off the pioneer work of the early explorers through their observations and reflections. It was Nansen and his team that made measurements on oceanography, marine geology, meteorology, geomagnetism, flora, fauna and the aurora.

Now enter another Norwegian – physicist Kristian Olaf Birkeland who made a breakthrough in auroral understanding back in 1899. Scientists saw that the lights were a spectrum of individual lines of colour, which meant that the light must be given off by gases, not by solid or liquid particles on fire. But there was still no clear understanding as to the mechanism of the aurora! Birkeland’s expeditions were able to deduce that the aurora was ultimately powered by the sun, thus establishing it as an “other worldy” phenomena.

In the 1960’s, satellites observed particles in “empty” space just as Birkeland predicted -stellar winds and magnetic disturbances around the polar regions. His work was also a breakthrough in terms of our understanding of the solar system, applying electromagnetic theory outside the realms of earth. So, we move from the myth to possibility of knowledge around the aurora and none of this could be done without curiosity and observation. 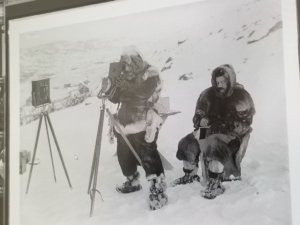 A photo from the Science Museum in Oslo showing the quintessential aurora pioneers of 100 years ago, Carl Størmer and an assistant.

Svalbard, and even more specifically exactly where we are at Bamsebu, is the only place in the world where daytime aurora, called Cusp Aurora, can be seen and they are only visible during the Polar Night – what we are in right now! As ‘citizen scientists’ this is wildly exciting since the scientists are still working to understand the aurora. Aside from the magnetosphere, we don’t fully understand our own atmosphere. The aurora are part of a larger, global system, just like our oceans, and as such have a wider effect on our atmosphere, climate and weather as part of this system.
In trying to understand the connection between the magnetosphere and ionosphere, old- style rocket experiments are still really valuable. One way to measure is to release neutral coloured gas from a rocket into the aurora and see where it goes. The conditions for a rocket launch have to be just right – clear skies at both locations, good auroral activity etc.

We have been on standby for NASA since Nov 25th from 0900 to 1300 for the launch of 2 rockets. Our expedition gear, safety equipment and cameras are ready to go. They are now calling us “Rocket Citizen Scientists”. We are still trying to understand the complexity of all of this but here is what has been shared by Nasa to better understand why launching rockets might help the scientists understand the Cusp aurora.

The first rocket is called CREX-2. It will launch north from Andøya Space Center on the mainland. Second is CHI, launching from Ny-Ålesund at Svalbard about 15-30 minutes later.

Three types of tracers will be launched. Like the smoke from a glittering fireworks display, they will drift, allowing scientists to see the unseen:

This technique is one of the only ways to get these valuable measurements, and has been safely used for decades, on par with fireworks. By observing, measuring, and photographing the event, scientists will learn more about the structures, densities, and irregularities of the “winds” that inhabit the mysterious cusp region aurora. We will be using time-lapse photography to document all of this. These wonderful night effects are ever new, and never fail to captivate the soul. Very exciting! 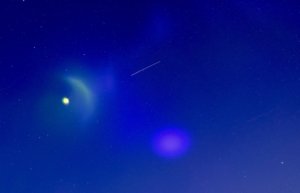 One of the photos captured during the rocket launch.

As we observe the dramatic changes around us, we cannot help but stand in awe at the wonder of this natural world and its extremities. The tides, the currents, the ice, the waves, the wind, the night sky. One day we have a shoreline full of ice – like blocks of diamonds washed up by the hefty sea and the next day we have a sea full of ice as far as the eye can see. We move with the changes. Our anchor, buoy and pulley are frozen in and inaccessible – the storm having taken it all. We do have skis, snowmobile and our feet to get around.

Our curiosity and fascination with the magical shifts in every day make us want to applaud the early pioneers that set the stage for our understanding of why things change as they do. We aim to stay passionately curious to better grasp the impact of all these changes on our climate! As Climate Care Ambassadors, with the help from scientists, we go looking for the answers!

Science and love from Bamsebu, Sunniva and Hilde