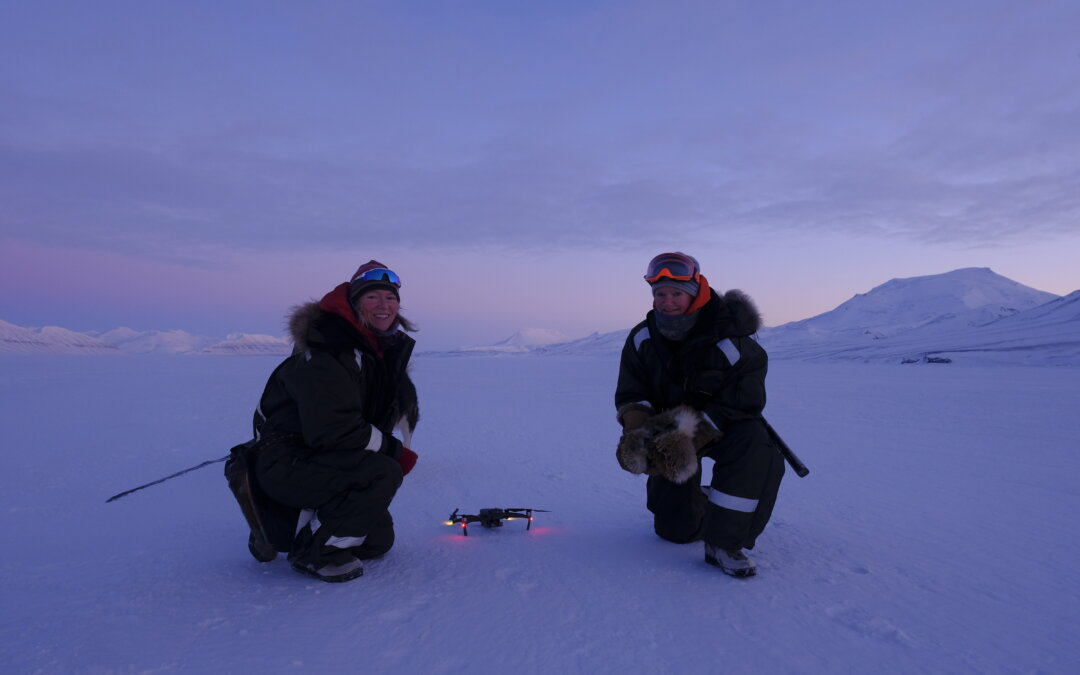 “To seek solitude during the dark part of the year in Svalbard isn’t just about bidding farewell to civilization for several months. It’s first and foremost about daring to meet yourself.

Only the bravest among us dare to do that” — Arne O. Holm

Its December and a time when we all have some expectations. All things being equal Santa might be readying his sled and reindeer ready, to depart for his yearly pilgrimage south. We are living in a time of great change.

It’s not as cold as it should be this time of year. There has been a lot of rain and the reindeer are having a hard time. There is more ice around Bamsebu than snow – that makes it difficult for the reindeer to find food. The reindeer must be very hungry and we feel for them.

Last summer they counted 171 dead reindeer. There is a population of about 22,000 on Svalbard according to Åshild Ønvik Pedersen a scientist with the Norsk Polar Institutt who has been in charge of reindeer surveillance on Svalbard.

“Every day I am at work I think about how lucky I am. Thankful to be working on this and at the same time, feeling the affects of climate change deep in my body- these have had the greatest impact on me” — Åshild Ønvik Pedersen

The reindeer are going higher up to forage for food that is becoming increasingly more difficult in lower elevations due to early rains and ice blanketing the ground and their food sources.

Last year the reindeer had plenty to eat, the winter was colder and the snow came. This year is more like prior years with early rains – a bad sign for the coming winter and wildlife. Reindeer in Svalbard have a vital role to play; they forage, they discharge and this in turn pollinates the tundra for more growth.

The Arctic fox is another story as they will likely thrive this year. Reindeer carcasses being one of their staples. Eva Fuglei a fox researcher in Svalard shares that the fox are small hearty animals weighing in at approx. 2.5- 5kg. At this time of year they are complete with their white winter coat and can travel great distances – often crossing sea ice and islands to reach new continents.

Last year Eva had tracked one that made the distance from Svalbard all the way to Canada! The oldest fox on record lived to be 16. It’s not an easy life for them here in the Arctic, but they don’t have any natural enemies. Starvation during the winter is the main cause of death as we witnessed last year with several dead foxes close to Bamsebu.

With our moonlight headlamps and an infrared night vision scope, we are constantly scanning for wildlife. Looking for signs of change, how many, behaviour, size etc.

There they are! Two Polar bears in front of us!

Suddenly with one last swipe before heading back to Bamsebu; there they were- the image two Polar bears- a female and last years young walking down from the hillside, about 700 metres ( 2000 ft) from us. We were on foot so we made our way back to our hut in the dark and in the silence of the Polar Night. We are never alone!

A big thanks to

The sponsor of the month, Canada Goose, our Legacy Partner BRP and Marlink Satellite Communication, our provider for all video hosted calls. 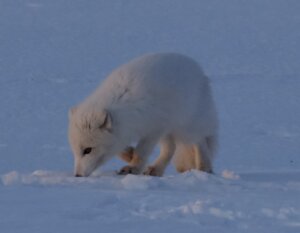 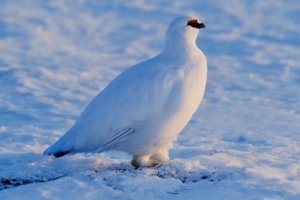 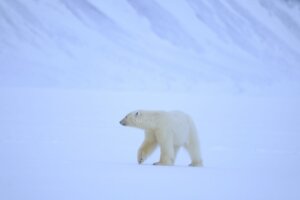