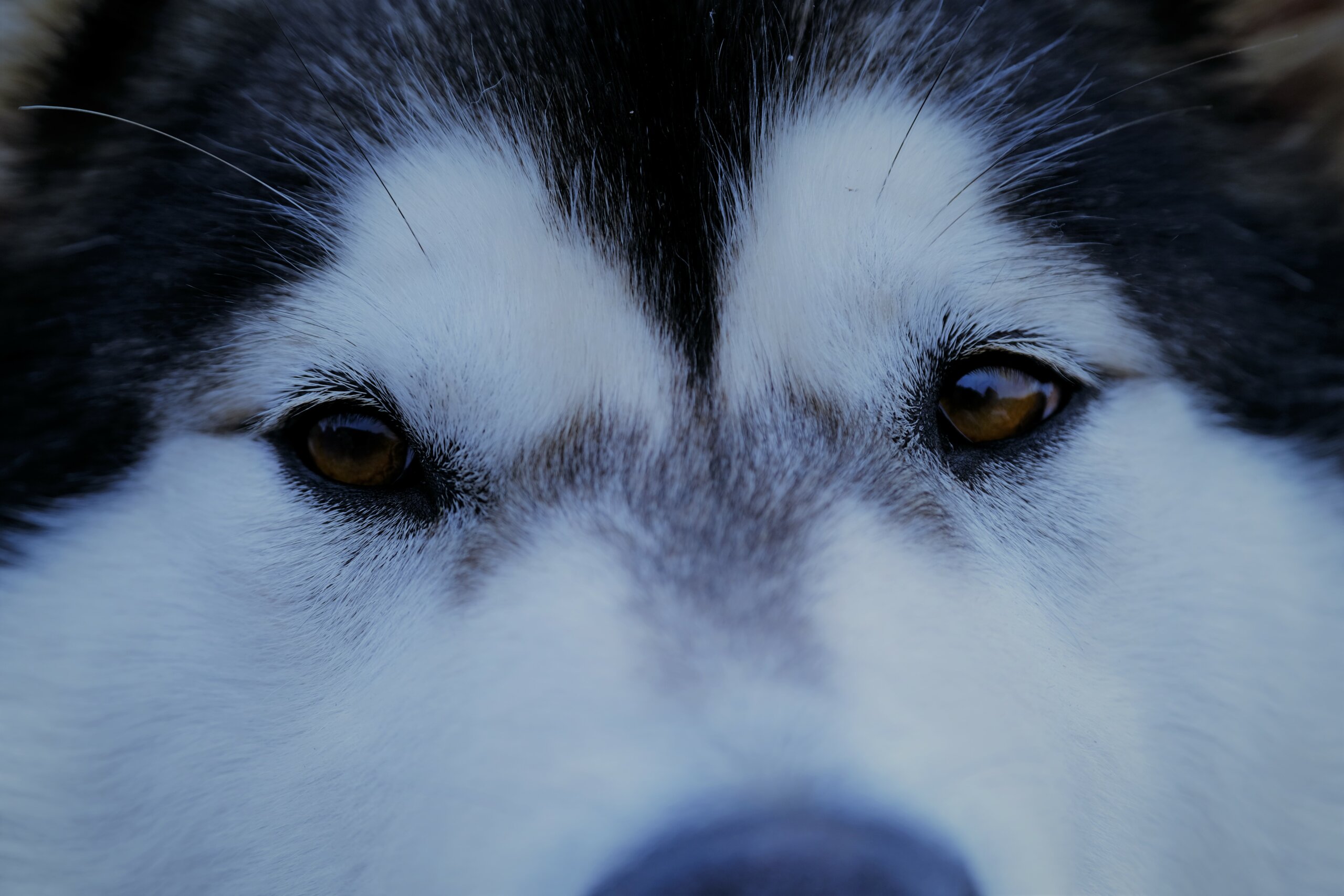 –  Woof! Ettra here. I want to share a bit about my life at Bamsebu with you.

The first winter I slept outside almost the entire time. It was dark, cold and windy but I rolled up like the fur ball that I am. The coldest night it was -34 degrees. Don’t forget I have a fur coat and I can handle it but to be honest I like it inside where Sunniva and Hilde are. I get a lot of attention and I soak it up 24/7 if I can.

Have you ever been woken up by a Polar bear?

Well, I have and I wonder if I will ever stop dreaming about them… A really big polar bear sniffed me while I was curled up outside and I barked- it scared me and woke me up. I guess it was enough to make him run. Well it made Hilde and Sunniva wake up just seconds later so we all walked around to see its paw prints.

I was eventually allowed to sleep in the outer corridor after we learned that a polar bear had killed a dog in an area called Hornsund! There is always a cold draft, so it does not get too hot. I even jump up on Hilde or Sunniva’s bed at dawn. It’s so cozy, but it gets hot too fast.

There is so much going on outside. There are lots of smells and I often sit or stand with my nose in the air and just be. It smells of reindeer, foxes, polar bears, tundra, mountains and sea and many different birds. I don’t really care about reindeer except when they walk right past my place here – then I get excited and pull the chain a little.

I get a lot of praise when I warn of polar bears. These are the only times I bark. On the last Wednesday at Bamsebu a big polar bear came at 5am and started to eat all of my dog ​​food that was in a big barrel right outside the door. I heard him and let out a sharp bark. He was 12 times bigger than me. Hilde and Sunniva scared him away from my food, luckily! 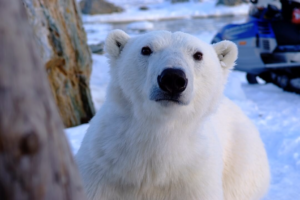 I love my life here at Bamsebu

Something happens all the time and I get to be part of everything! I have been on long nice ski trips in the winter, and runs in the summer, boat trips, scooter trips and daily we go at least 3 trips in the area around here. There are so many exciting smells, and I am always eager to smell tracks on the slopes or in the snow.

I’m very obedient inside. When they eat, I am never allowed to be in the living room, but I can come in when they are done. I LOVE food and can do most things for a treat! I often run between Hilde and Sunniva who shout at me – back and forth, back and forth – it’s full throttle and I get tired, but the reward is a treat every time! I eat dog food and dried fish, but am very happy for some dinner leftovers too! 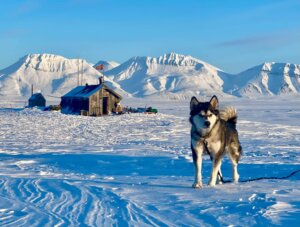 They say I have a wonderful personality and when I think it’s a long time since I’ve had my stomach scratched, I lie on my back with all four legs in the air. It always works! Hilde and Sunniva love to cuddle with me. I have had hours of therapy with them licking tears from their cheeks or jumping with them when they dance and laugh! When they do yoga on the floor or exercise with elastics, I always have to check to see if everything is fine with them before I find my reindeer antlers and chew on it for half an hour. It is a regular routine. 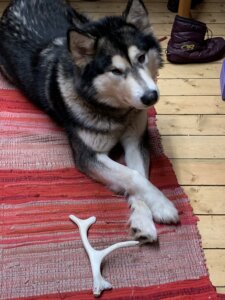 It will be strange to come back to Longyearbyen. There are sooo many other dogs! It smells like dog everywhere, but also people and cars. I’m not always on good terms with other females. I never bark and even though I am the world’s best and kindest dog, there are often quarrels with other females. But I’m going home to socialize, they say, practice being social. Hilde and Sunniva will also practice socialization, and it will be just as strange for them to return to civilization as I am. 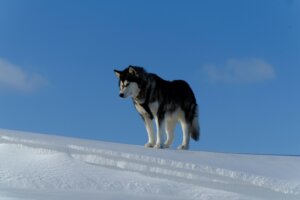 I will be 4 years old this summer, and I have lived almost half my life at Bamsebu. It has been so incredibly nice, rich in content, safe and exciting! And I have been involved in everything except the kayak trips and I have received all the attention I could wish for. Now I hope that after a year in Longyearbyen, I can join a trip to the Canadian Arctic and experience new adventures! I will write about that a bit later.

Love and dog licks from me.

Woof, woof, you can buy the book of the Polar Girls, me and our life at Bamsebu; www.heartsintheice.com/shop 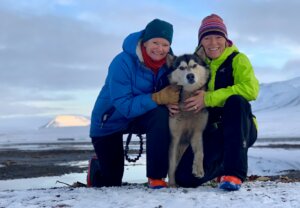